The origin of karate dates back more than a thousand years. When Daruma Taishi was at the Shaolin monastery in China, he taught his students physical training methods in order to build endurance and physical strength required to carry out the rigid discipline that was part of their religion. This physical training method was further developed and adapted to become what is known today as the Shaolin art of fighting.

The martial art was imported to Okinawa and blended with the indigenous fighting techniques of the islands also known as Te. The lord of ancient Okinawa and later the feudal lord of Kagoshima, on the southernmost tip of Kyushu in Japan, banned the use of weapons, thus giving rise to the development of empty hand fighting and self - defense techniques. This martial art, due to its Chinese origin, was called karate, written in characters with the literal meaning Chinese hand. The modern master of this art, Gichin Funakoshi, however, chose the character for its meaning in Zen Bhuddist philosophy: rendering oneself empty. To the master, karate was a martial art, but it was also a means of building character. Master Funakoshi wrote: As a mirror's polished surface reflects whatever stands before it and a quiet valley carries even the smallest sounds, so must the student of karate render his mind empty of selfishness and wickedness in an effort to react appropriately toward anything he might encounter. This is the true meaning of kara or 'empty' of karate.

Funakoshi was first introduced to the Japanese public in 1922, when he was the then professor at the Okinawa Teacher's College, was invited to lecture and demonstrate at an exhibition of traditional martial arts sponsored by the Ministry of Education. His demonstration so impressed the audience that he was flooded with requests to teach in Tokyo. Instead of returning to Okinawa, Funakoshi taught karate at various universities and at the Kodokan, the mecca of Judo, until he was able to establish the Shotokan in 1936, a great landmark in the history of karate in Japan.

The Japan Karate Association was established in 1955 with Funakoshi as chief instructor. At this time, the organization had only a few members and a handful of instructors who had studied karate under the then aged master. In 1958 the Association held the first all-Japan karate championship tournament, now an annual event, helping to establish karate as a competitive sport.

As a practical means of self-defense, karate is taught in a great number of colleges and universities in their physical education programs. In Japan and elsewhere in the world, moreover, karate is gaining great popularity as a competitive sport, one which stresses mental discipline as well as physical prowess. What was originally developed in the Orient as a martial art, then, has survived and changed through the centuries to become not only a highly effective means of unarmed self-defense, but also an exciting, challenging sport.

The ultimate aim of the art of karate lies not in victory or defeat, but in the perfection of the characters of its participants - Gichin Funakoshi 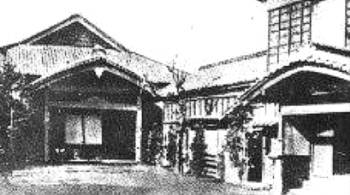 Funakoshi was a humble man. He preached and practiced an essential humility. He did not preach the humility of virtue, but a basic humility of a man who is rooted in the true perspective of things, full of life and awareness. He lived at peace with himself and with his fellow men.

Whenever the name of Gichin Funakoshi is mentioned, it brings to mind the parable of "A Man of Tao (Do) and a Little Man". As it is told, a student once asked, "What is the difference between a man of Tao and a little man?" The sensei replies, "It is simple. When the little man receives his first dan (degree or rank), he can hardly wait to run home and shout at the top of his voice to tell everyone that he made his first dan. Upon receiving his second dan, he will climb to the rooftops and shout to the people. Upon receiving his third dan, he will jump in his automobile and parade through town with its horn blowing, telling one and all about his third dan". 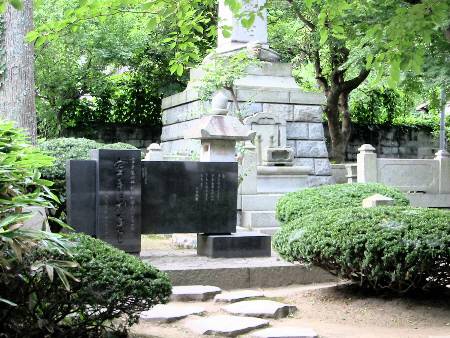 Funakoshi was a man of Tao. He placed no emphasis on competitions, record breaking or championships. He placed emphasis on individual self-perfection. He believed in the common decency and respect that one human being owed another. He was the master of masters.

He died in 1957 at age 89, after humbly making the largest contribution to the art of Karate-Do.

Funakoshi sincerely believed it would take a lifetime to master a handful of kata and that sixteen would be enough. He chose the kata which were best suited for physical stress and self-defense, stubbornly clinging to his belief that karate was an art rather than a sport. To him, kata was karate.