Pieces of a Puzzle

Robert Herincx is a 5th Dan Karateka who has trained under some of the biggest names imaginable. We caught up with him to find out what he has learnt from his time training under some of these masters. 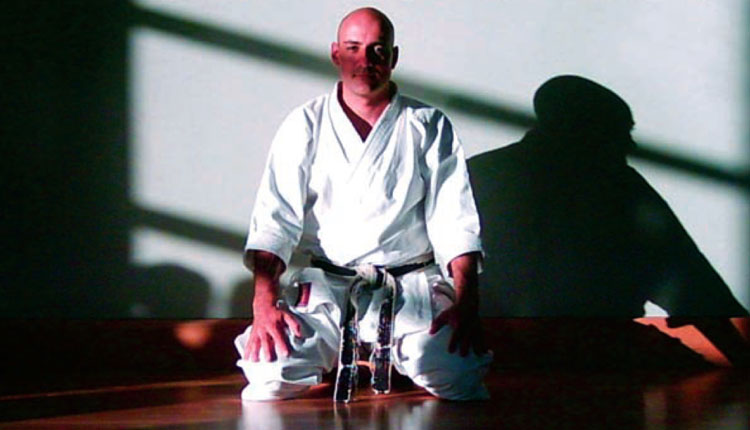 How long have you been involved in martial arts and can you name some of the instructors that you have trained with?

I started in the early 1980's and trained in Judo and Full Contact Karate. I joined Tora Shotokan Karate Club in the mid 1980's and trained regularly with Sensei Enoeda and Sensei Ohta and attended the Crystal Palace courses to train with the visiting Japanese Sensei. I also trained at Sensei Kawasoe's Dojo and on other courses with Sensei Kase, Naito, Watanabe, Nohara (Shorin ryu).

Could you tell us a bit about the history of Tora Kodo Karate Kai?

The club was originally called Surrey Shotokan Karate Club and was founded in the mid 1960's in Chertsey, Surrey. I think this probably makes us one of the oldest clubs in the country. In 1967 Sensei Michael (Sandy) Beach became the Chief instructor. In 1971 the club name was changed to Tora Shotokan Karate Club.

Some of the visiting Sensei that have taught at our club are, Kanazawa, Enoeda, Kato, Takahashi, Sumi, K.Funakoshi, Tomita, Ohta, Chisholm, Fuller, Hazard.

When Sensei Beach retired from active instruction, I continued teaching and, with his agreement, we changed the name to Tora Kodo Karate Kai, which is more descriptive of the inherent philosophy found within the club.

Can you tell us a little about Sensei Beach as I know that he has been very influential in shaping your karate and we have often heard you talk about him?

Indeed, Sensei Beach began training in Judo in 1962 in Woking, Surrey. Whilst attending a Judo Championship at Crystal Palace he witnessed a demonstration by Sensei Suzuki and Shiomitsu and he changed to karate.

He has been a valued mentor to me in many ways. After all we are all reflections of our own experience and the experience of others who started on the "Way" before us. At nearly 70 years old he still trains for an hour every single day. Sensei Beach currently holds the rank of 6th Dan.

I was a little nervous when Sensei Tomiko arrived in a gi and joined in a session. During my time at the club I have noticed that you have a very open approach to other instructors coming and teaching or training with us. What drives this approach?

My philosophy is that I see the karate as a three dimensional jigsaw puzzle. Every style and instructor is able to assemble some of this puzzle; however no one can assemble all of it. If you are open minded to others, then perhaps you can acquire a lot more of the pieces than you had before.

How often do you train?

I try to train every day if I can, but as you know this is not always possible. We must be constantly forging and polishing our karate and evolving as we get older.

During your years training in karate what changes have you observed?

Training has advanced scientifically and karate has, in many ways, become a much safer pursuit. Most instructors hold coaching and first aid qualifications and are more aware of the risks of bad training. A lot of the bad exercises like bunny hops have been taken out and the control in kumite is much better. I feel that this is a good thing but we must also remember that we are studying a martial discipline.

How have your teaching methods changed over the years?

When I first started teaching I was perhaps too rigid in my instruction and I tended to base classes around the grading syllabus. This approach was because we had a club of mainly kyu grades. Then as the club evolved and other experienced Dan grades trained with us, we started to explore kata bunkai a lot more. I see kata as the heart of karate, containing many answers that we all seek. I have observed that what has been learned in the controlled environment of the dojo can be taken over into other areas of one's life, this is why we always maintain strict etiquette in our dojo.

Do you feel that Karate can change a person and what responsibility does an instructor have to the student?

It is my opinion that karate-do will change a student in subtle ways and that it is the responsibility of the instructor to guide their students through these changes. This guidance is not only by oral means, it may be by example or the use of other reasonable methods that will help a student to perfect their character. One of our aims as an instructor is to maximise our strengths and to minimise our weaknesses. We try to produce good karateka who are balanced and well adjusted and to put these qualities to use we must have a sincere and serious attitude. This involves endless practice both inside and outside of the dojo.

Do you have a favourite kata?

I have two favourite kata, Nijushiho and Gojushiho Sho, both of which I have used successfully in competition.

You meditate regularly, what is the reason for this?

I meditate every day without fail. Meditation can help to bring the mind/spirit into balance and allow it to move freely to wherever it's needed. In my personal experience it has also helped me to gain a better emotional equilibrium.

What is your view on the politics in karate?

As you may have gathered, I am not interested at all in the politics of karate. I turn up and train and that's all that's important.

What is the single most influential thing that karate has taught you about life?